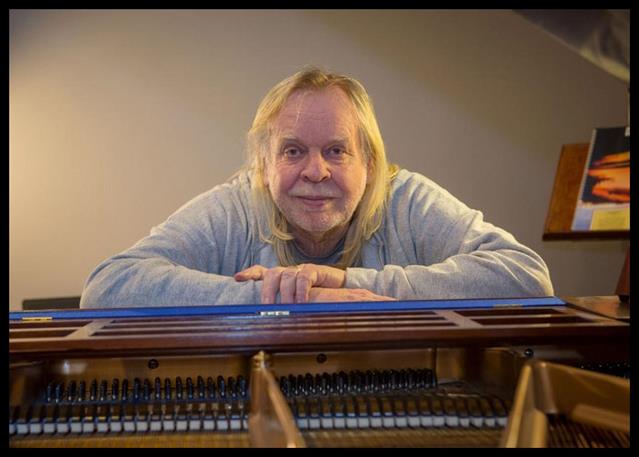 Keyboard legend Rick Wakeman will release his new concept album, A Gallery Of The Imagination, on February 24 on Madfish Music.

The initial idea for A Gallery Of The Imagination stems from Wakeman’s first piano teacher Mrs. Symes, who taught him that music was like painting pictures.

Wakeman recalled the advice of his beloved teacher and decided to present the tracks for the new album as if they were pictures in a gallery.

One of the ideas Wakeman would like to pursue around album release is for listeners to draw or paint their own pictures or even create sculptures to the music which, in turn, could be displayed.

“It is a very tactile album,” Wakeman explains. “I’d like to feel that people can actually touch the music.”

The line-up on the album features The English Rock Ensemble bassist Lee Pomeroy, guitarist Dave Colquhoun, drummer Ash Soan and on vocals Hayley Sanderson. Each artist recorded their individual parts in their own studios.

The album, to be released on multiple formats, is available to pre-order at https://RickWakemanMadfish.lnk.to/AGOTI